Laid out in mid-1920s through the former Albert Leigh building complex. 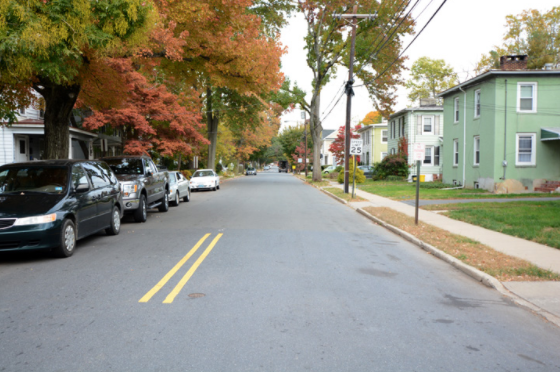 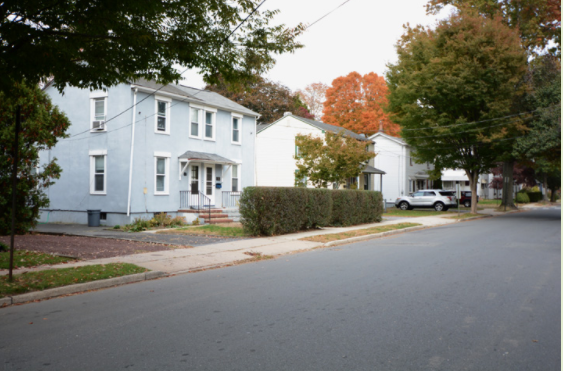 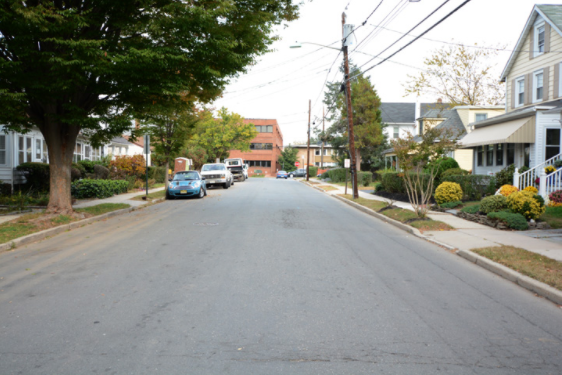 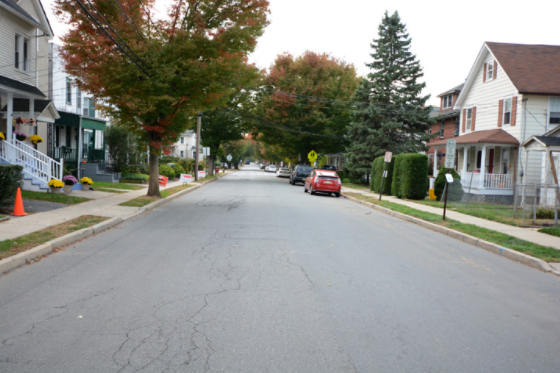 Birch Avenue is more suburban and 20th century in feeling than the narrow streets that comprise the rest of this neighborhood. Birch has small lots to be sure, but houses thereon are generally set farther back from the street (15 feet) and have front lawns. Houses chiefly date from the early 20th century and have been no longer exhibit their original siding or windows. Most are 2.5-story, 3-bay dwellings with full-width porches and front end gable roofs, a form that was used, with modifications, until about 1930. Many of the houses are plain in character. Numbers 21-31 are identical 1.5-story bungalows; numbers 55, 57, 69 and 73 are the same 2-bay, 2.5 story residences with front-end gables. By and large, these are single family houses. Number 42 1/2, the Morning Star Church, is in mid-block made of painted cinder block. According to the 1980 survey, “This street presents no features of architectural interest.”

It should be noted that like all streets in the neighborhood, sidewalks line the street. The street is mainly lined with trees, however this section is more open than most. This areas is almost entirely residences.

Birch Avenue between Race and Bayard presents one of the most regular streetscape patterns in Witherspoon-Jackson. The north side of Birch Avenue in this block is characterized by five two-story, end-gabled, frame houses that are believed to have been relocated here from the Palmer Square development in the 1930s (possibly Baker Street). The south side of the street contains six, two-story houses with shallow hipped-roofs. These houses, c. 1930-1940, are known as the “Rainbow Houses” for their varied colors, however some are now simply white. They differ in massing and, in contrast with most houses in the neighborhood, do not contain front porches. This area is one of the few areas in the neighborhood that was developed with identical homes, thus creating a regular pattern of buildings and setbacks. Commercial buildings, including a gas station, are located at Birch Avenue’s intersection with Bayard, which contrasts with the remainder of the street. This area is perhaps the least dense as houses are generally further apart and set back slightly more from the sidewalk. Sidewalks and mature shade trees line the streets.

*Information regarding streetscapes is based a streetscape inventory conducted in 1980 with information placed on the NJ Historical Commission's Streetscape Inventory Forms. Pertinent information - description, history, number of resources, etc. was revised based on the 2015 survey of Witherspoon-Jackson neighborhood resulting in the information below. Numbers such as "1109-7-S13" refer to the individual 1980 Streetscape forms.