EMERGENCY ALERT ALERT: Last day of operation for Mary Moss spraypad is Sunday 9/26! Read On... Do you have flood damage from Hurricane Ida? Read On...

The four residence development is designed as two adjoining twin blocks where the architectural features are mirror imaged about the center axis of each block. The two-story vinyl-clad rectangular buildings have a gabled roof parallel to John Street and a shallow shed roof entry porch for each pair of doors in the center. The porches are reached by wide concrete steps with metal railings on the sides and center. On either side, a shallow projected box bay has two eight over eight windows over two similar units below. The box bay has a gable above. Each dwelling unit has a vinyl-clad chimney on the front slope of the roof. The gable end elevations (north and south) each have a single window centered under the gable and between the first and second floor levels. 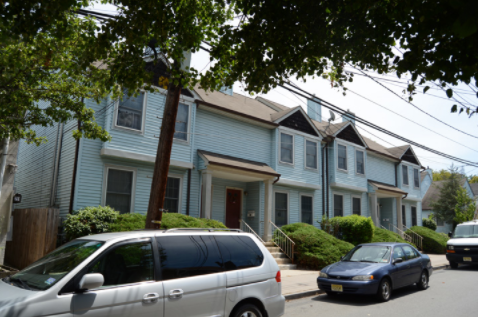 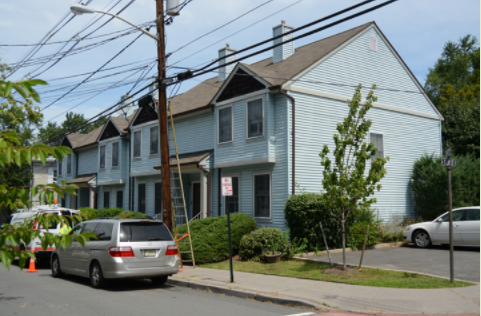 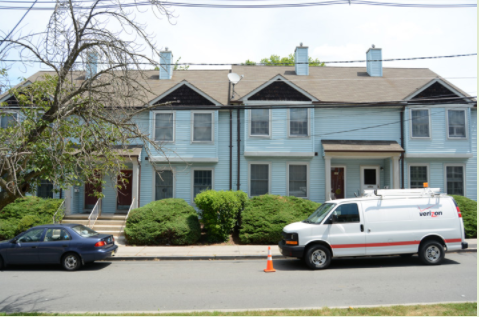